Springing Along, in Driggs & Beyond 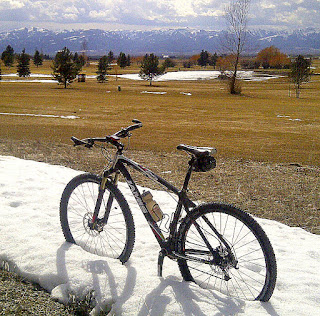 In typical spring fashion, life here in Driggs, Idaho has been a whiplash between snow, sun, mud, and whatever recreation a particular day allows.  To ride, golf, or ski?  Or to simply head south until it all sorts itself out? 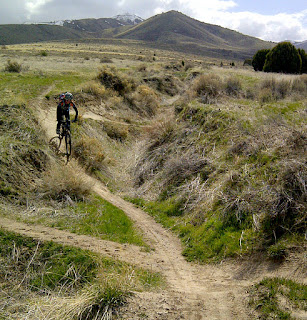 April was cold, so Melissa & I escaped to Pocatello a couple of times for its fun/flowing singletrack...and sushi.  Go figure. 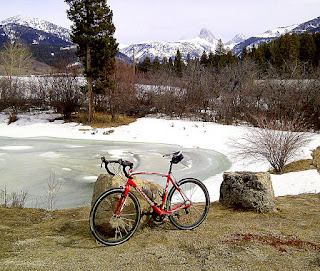 Training for upcoming bike races meant bundling up and riding in 30-40 degree temperatures, frequently.  It was like dressing for snowmobiling, but on a bike. 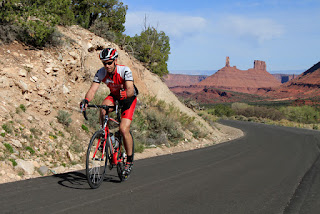 The Moab Gran Fondo was our first race of the season, the first Saturday of May.  It was only a 60-mile loop but involved 5,500 feet of climbing, which was brutal this early in the year.  The route took us (and 300 other racers) up through Castle Valley and into the stunningly beautiful La Sal mountains.  Scenery went from red rocks to high alpine, and everything in between; it might have been the most picturesque ride I've ever done.  Plus it was warm! 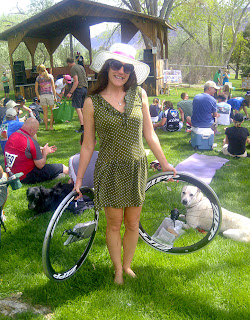 The highlight of the day was Melissa winning the raffle's grand prize afterwards: a coveted pair of 60mm Zipp wheels.  She predicted she'd win them about 2 seconds before they called her name, and all I could do was chuckle.  We're still celebrating. 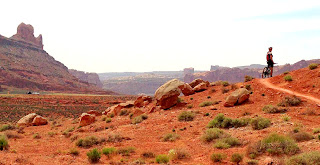 The next day we hit some of Moab's sweet new singletrack, and smiled. 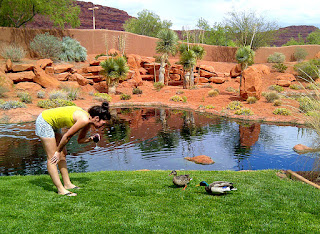 Melissa made friends with the resident ducks, but didn't share her wine. 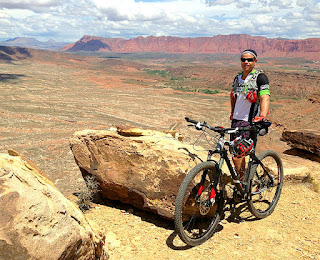 Outside of Santa Clara, the views (and trails) go on forever. 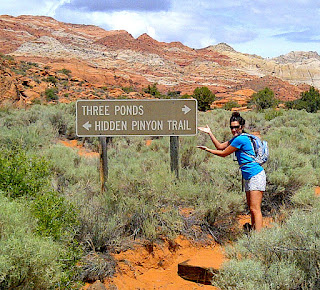 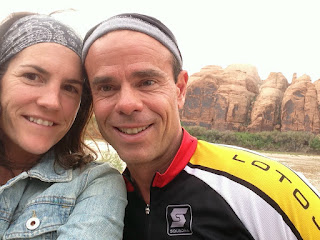 Relaxing moments at sunset, along the Colorado River...ahh. 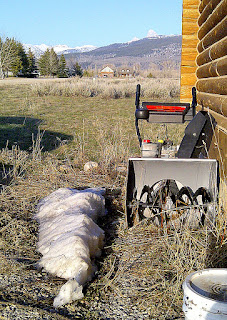 Meanwhile, back home, the snow has finally melted out of Teton Valley.  We're ready for a summer of music, shorts, sunshine, b-b-q's, races, rivers, and more.  Bring it on!
Posted by Rick LaBelle at 3:54 PM

Love the photos and vicariously living through your adventures. Thanks for sharing!

Thanks, Aunt Barb! We love your adventures, too.